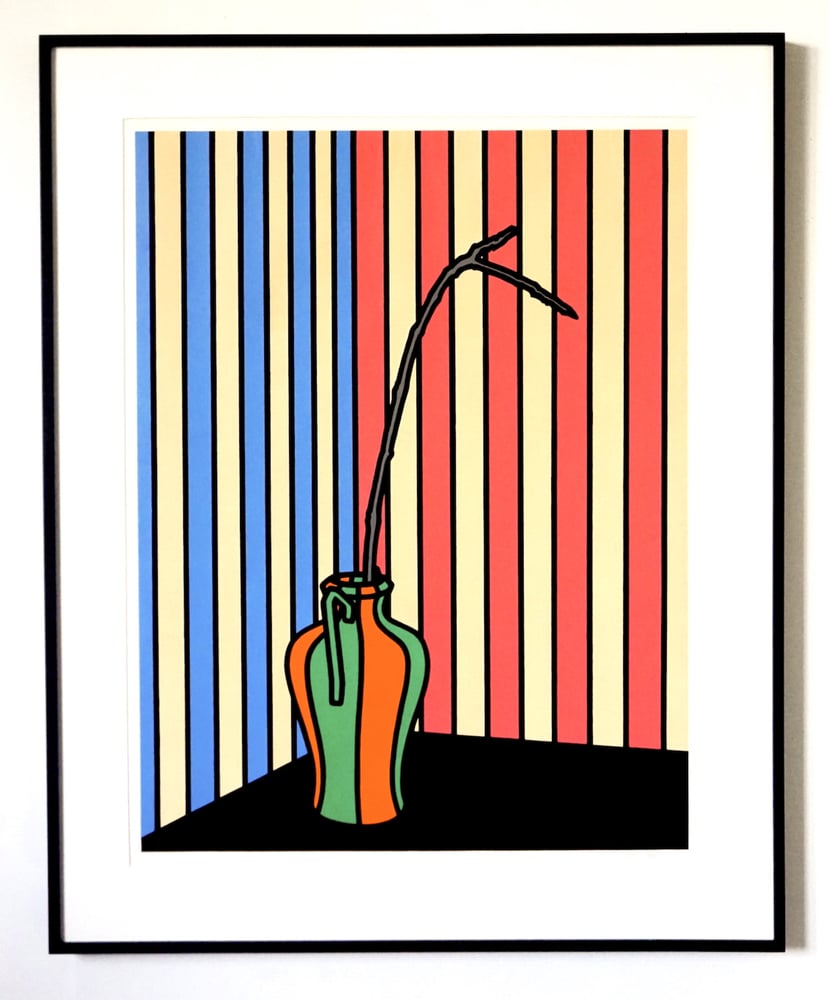 Patrick Caulfield was an English painter and printmaker associated with the Pop Art movement, known for bold images created in a strikingly graphic style. Employing references to Photorealism, his paintings are characterized by their flat planes of color and cartoonish black outlines, creating an uncomfortable ambiguity between the real and the illusionary. He was born on January 29, 1936 in Acton, United Kingdom and studied at Chelsea School Art and the Royal College of Art ,where he was a contemporary of David Hockney and Allen Jones. In 1964, he was one of the artists included in the “New Generation” show at the Whitechapel Gallery in London and, the following year, was one of four artists to represent Britain at the Paris Biennale where he was awarded the Prix des Jeunes Artistes. In 1987, he was nominated for the prestigious Turner Prize for his landmark solo show “The Artist’s Eye.” Other awards Caulfield received include the Jerwood Painting Prize in 1995 and an Order of the British Empire in 1996, and in 1999 he was the subject of a major retrospective at the Hayward Gallery in London. He died on September 29, 2005 in London, United Kingdom.