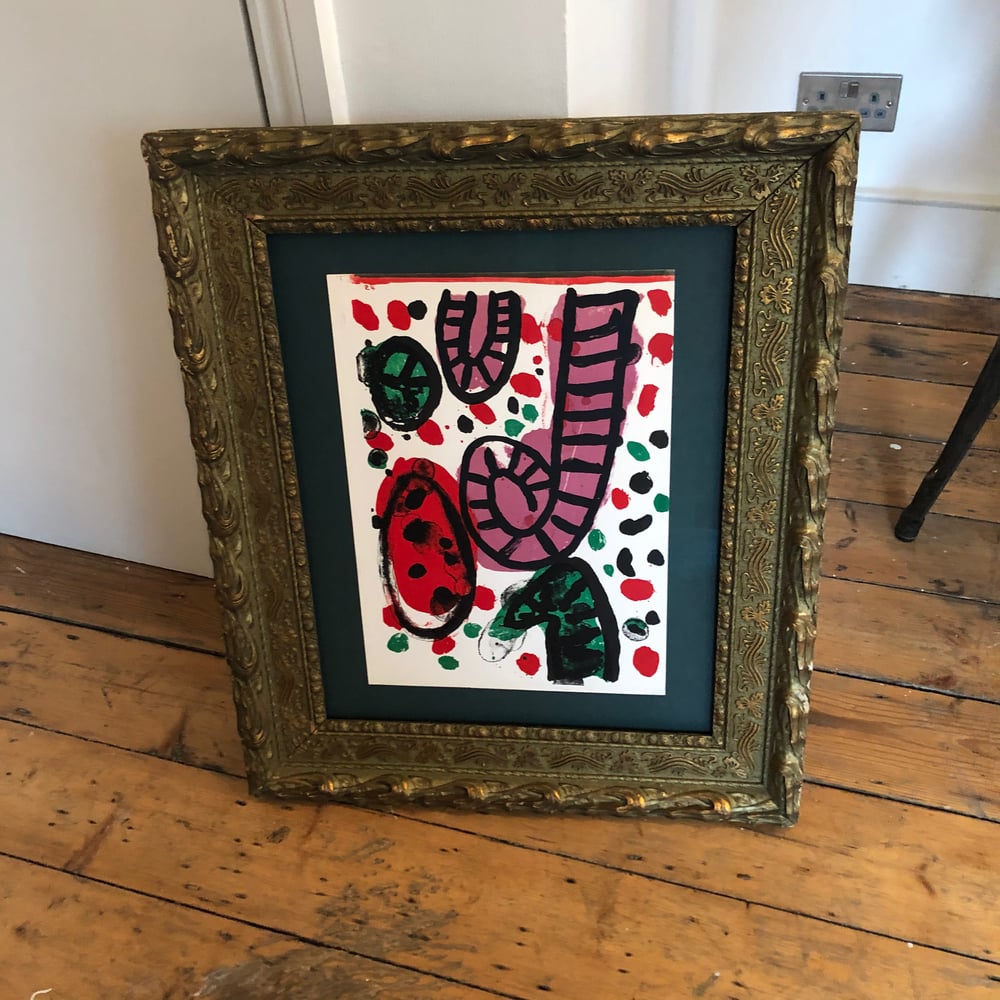 Alan Davie was a Scottish painter. Strongly inspired by Zen philosophies, his paintings consist of responsive and spontaneous primitive compositions painted with obsessive, conglomerate mark-making to form images that slip in between abstraction and representation. Davie’s roster of references and influences is
extensive, and includes Jungian psychoanalysis, Pictish symbol stones, contemporary abstract painters, and his lifelong passion and aptitude for playing music. Born on September 28, 1920 in Grangemouth, Scotland, he was educated at the Edinburgh College of Art, and exhibited his work in a regional setting until his death in Hertfordshire, England on April 5, 2014 at the age of 93. His work can now be found in museum collections worldwide, notably including the Peggy Guggenheim Museum in Venice, The Museum of Modern Art in New York, and the Stedelijk Museum in Amsterdam, among others.