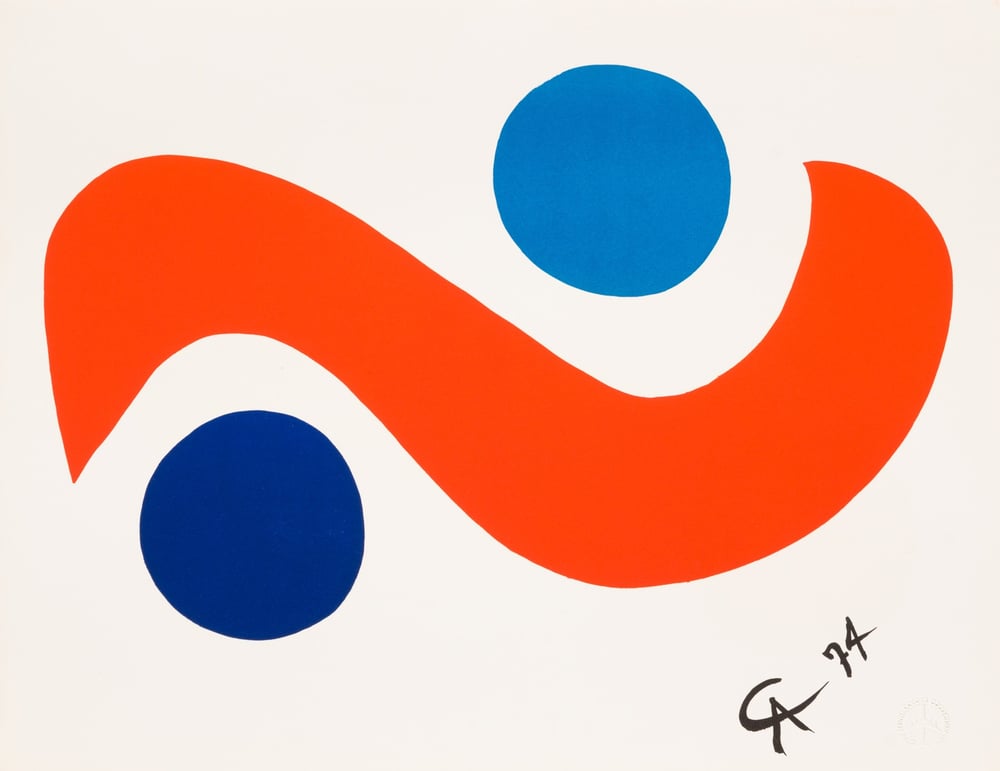 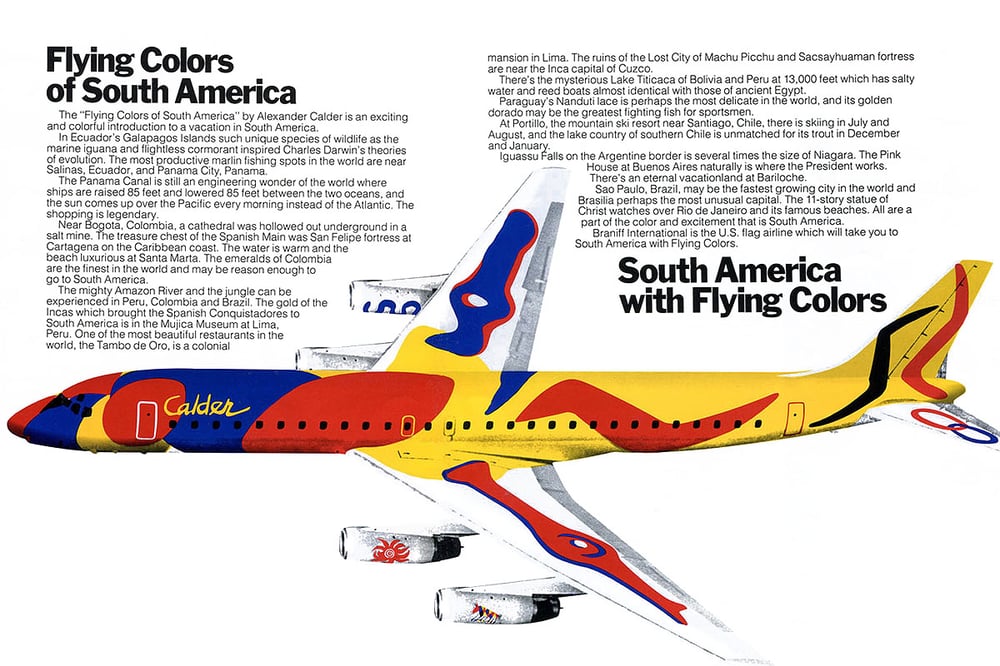 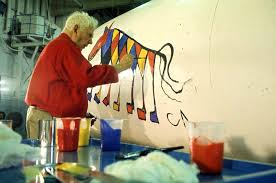 Signed with the artist’s monogram and dated on the stone lower right CA 74.

A clean and sharp print from the edition commissioned by Braniff International Airlines, 1974. One of six plates comprising the Flying Colors Collection, bearing its blindstamp in the sheet lower right. Printed at Atelier Fernand Mourlot, Paris.

In 1972, Dallas based Braniff International Airways commissioned Alexander Calder to paint a full-size Douglas DC-8-62 airliner as a “flying canvas.” Models of the aircraft were sent to Calder at his studio in France in November of 1972, and work commenced. Braniff announced the Calder collaboration to the public on June 4, 1973. This was to be the first time that an artist had ever painted a jetliner used in regular airline service. Painting began at the carrier’s Dallas Love Field Operations and Maintenance Base. Calder supervised the painting of the aircraft at the Braniff Base, and personally painted the two left side engine nacelles with two of his designs called “Beastie” and “Sunburst”. While at the hangar Calder befriended many of the Braniff Maintenance and Engineering personnel and even painted his unique designs on their lunch pails and toolboxes. At the time, some of the employees did not like the designs but quickly changed their mind once they realized they became owner’s of their own Calder masterpieces. This lithograph is one from a set of six comprising The Flying Colors Collection commemorating this historic project which created a piece of artwork that was seen by more people than have looked at any other single work of art in the 20th century.
Thank you to christopher-clark fine art for all that information.