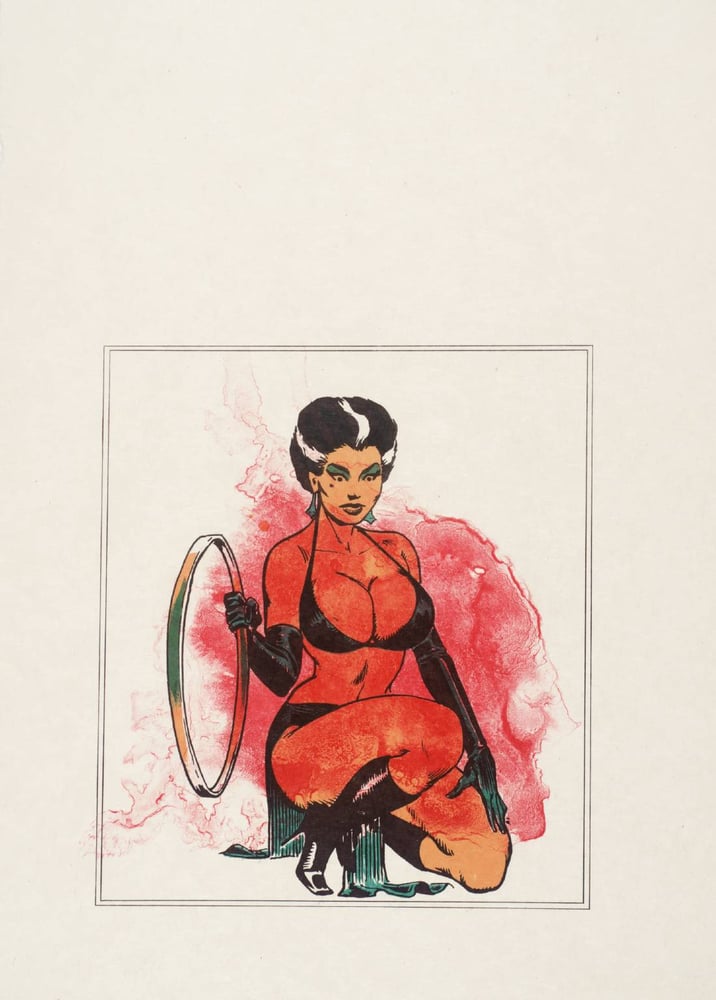 Allen Jones (born 1937) painter, lithographer and sculptor, studied at Hornsey College of Art from 1955 to 1959, and at the Royal College of Art, where his contemporaries included Hockney, Kitaj and Boshier, 1960-61. He had his first one-man exhibition in 1963 at Tooth & Sons, and has since exhibited widely. He had a major retrospective exhibition at the Walker Art Gallery, Liverpool in 1979, which subsequently toured to the Serpentine Gallery, London, and to Baden-Baden and Bielefeld.
He was elected a Royal Academician in 1986.
Jones has taught at Chelsea and Croydon Schools of Art, and at the Hochschule für Bildende Künst, In 2013, Jones was given a retrospective at the RA.

tate collection
Hamburg, the University of California, and the Hochschule für Künste, Berlin.