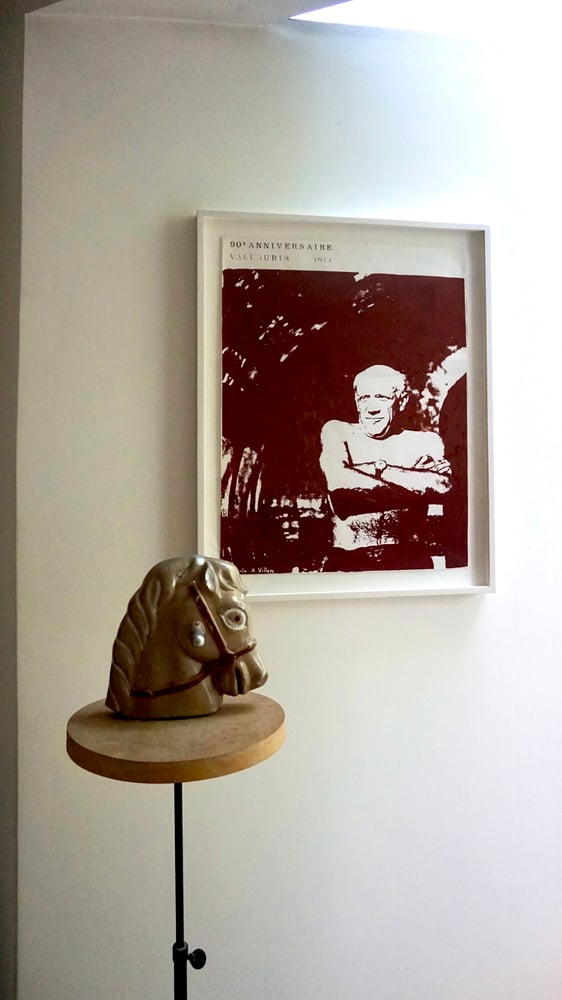 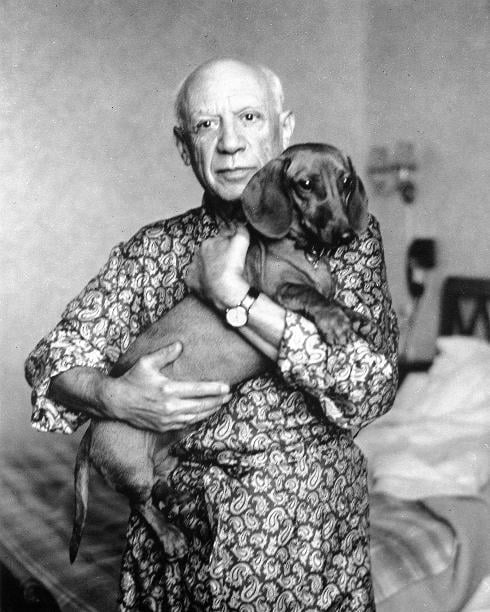 Andre Villers was not only one of the great portrait photographers of the 20th century, but he also photographed the greatest artists of the 20th century, including Salvador Dali, Jean Arp, Joan Miro, Marc Chagall and Pablo Picasso. Villers and Picasso collaborated extensively throughout their careers. As a young man, Villers survived the German occupation of France, but shortly after the war he was diagnosed with Tuberculosis of the bones. With a heavy course of antibiotics, doctors managed to save his life, but he spent more than five years bedridden in a full body cast in a sanatorium. When he started to recover at the age of 23, he was given a camera as a therapy tool. One day on a stroll in Vallauris, he happened upon Pablo Picasso, who he promptly asked if he could photograph. Although initially reluctant, Picasso agreed and this exchange started a life-long collaboration between the two artists. Although cubism had been developed almost 50 years earlier, Picasso and Villers reinvigorated the movement by trying to integrate photography with Cubism. They experimented with collage, cut-outs and manipulation techniques. Through the process of collaboration, Villers was able to capture the most earnest and telling image of the great artist. Villers has exhibited across the globe and his prints are held at the Picasso museums in Paris, Vallauris, Barcelona and Antibes.