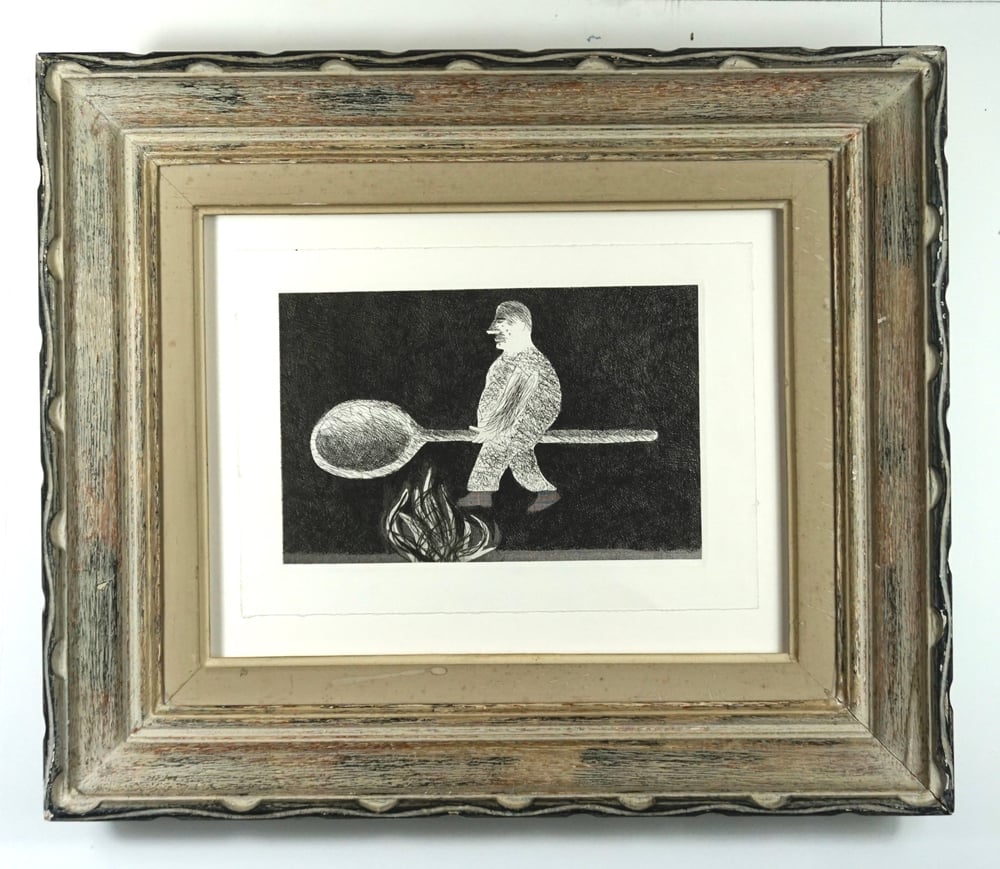 Hockney created 39 etchings for the series 'Six Fairy Tales from the Brothers Grimm'. The etching plates were hand-drawn by David Hockney in London between May and November 1969, proofed by Maurice Payne and printed by Piet Clement on W.S.Hodgkinson paper. This is a proof. Published by the Petersburg Press in association with the Kasmin Gallery in 1970.

riding around on a cooking spoon (rumpelstilzchen),
proof in addition to the edition of 400

as with all the prints on the website: please call if you require any further information or clarification - details are in the 'how to buy' section found on the 'home' page
etching, aquatint & drypoint
1969