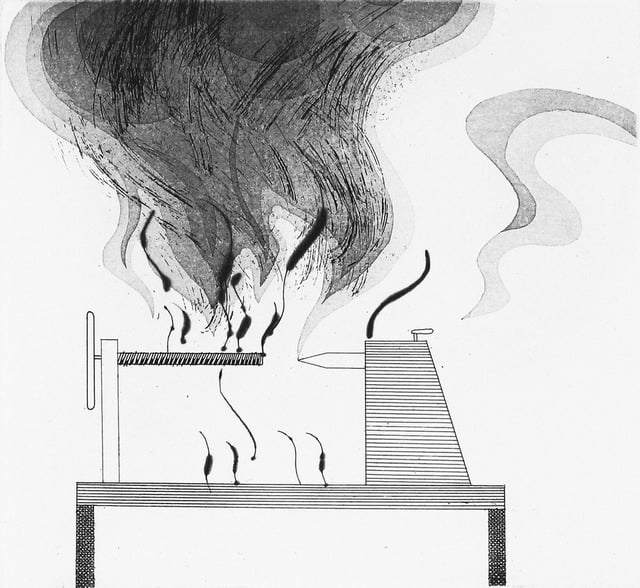 Hockney created 39 etchings for the series 'Six Fairy Tales from the Brothers Grimm'. The etching plates were hand-drawn by David Hockney in London between May and November 1969, proofed by Maurice Payne and printed by Piet Clement on W.S.Hodgkinson paper. Published by the Petersburg Press in association with the Kasmin Gallery in 1970.

the lathe and fire (the boy who left home to learn fear)
etching, aquatint & drypoint