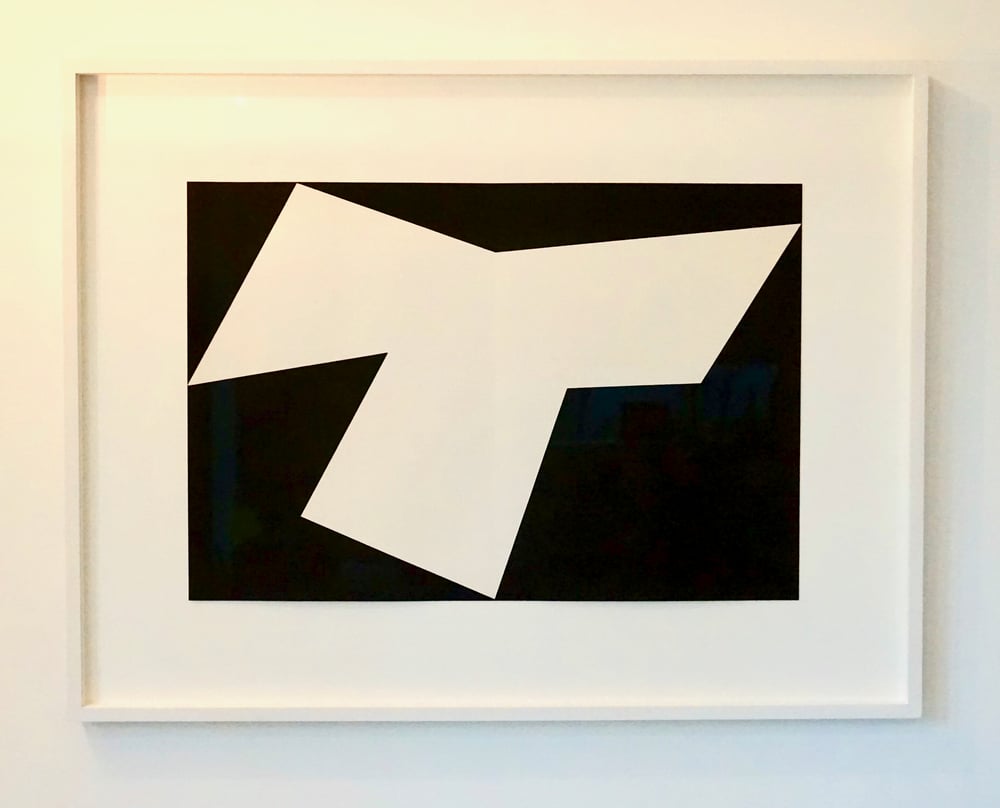 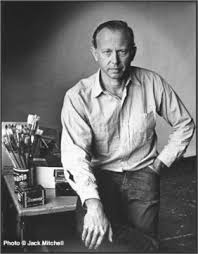 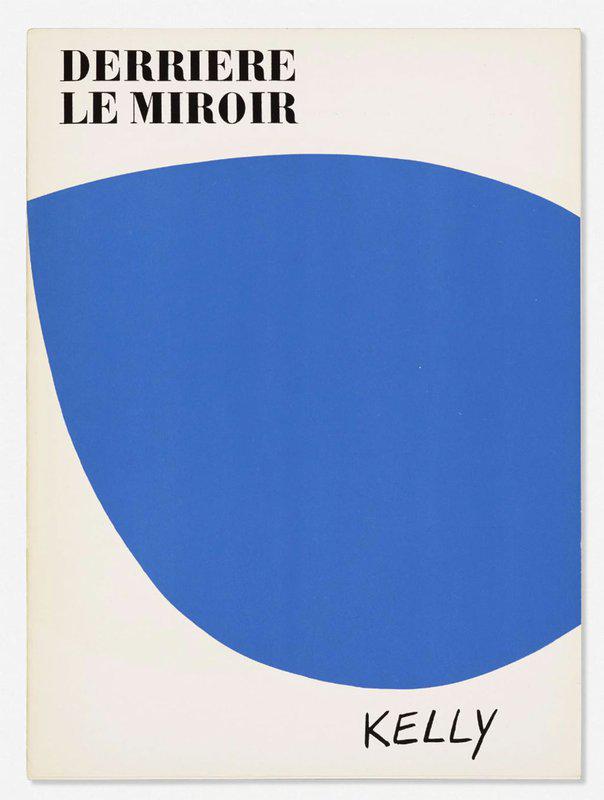 from 'DERRIÈRE LE MIROIR - KELLY/110'
Ellsworth Kelly was an eminent American artist known for his abstract paintings. His use of bright colors, and simple shapes, contributed to the
discourse of 20th-century painting. “I have worked to free shape from its ground, and then to work the shape so that it has a definite relationship to the space around it,” he once explained. “So that it has a clarity and a measure within itself of its parts
(angles, curves, edges and mass); and so that, with color and tonality, the shape finds its own space and always demands its freedom and separateness.” Born on May 31, 1923 in Newburgh, NY, he went on to study technical drawing and design at the Pratt Institute in Brooklyn. In 1943, he joined the army and worked as a camouflage artist, creating painted
objects intended to misdirect enemy bombers. After the war, Kelly returned to Europe on a scholarship from the G.I. Bill. While studying at the École des Beaux-Arts in Paris, he befriended fellow American artist Jack Youngerman and saw the works of Pablo Picasso. He returned to New York in 1952, and
established himself alongside Frank Stella and Al Held in rejecting the gestural brushstrokes of Abstract Expressionism with his pared-down Color-Field paintings. He died on December 27, 2015 at the age of 92 in Spencertown, NY. In 2018, the artist’s final work Austin (2015), was unveiled to the public as a part of the permanent collection of the Blanton Museum of Art at the University of Texas. The structure, a 2,700-square-foot chapel without any religious imagery, was planned from the ground up by Kelly, including the color of the grout,
redwood totem, and hand-blown glass windows. His works are also held in the collections of The
Museum of Modern Art in New York, the National Gallery of Art in Washington, D.C., the Tate Gallery in London, and the Reina Sofia National Museum in Madrid, among others.