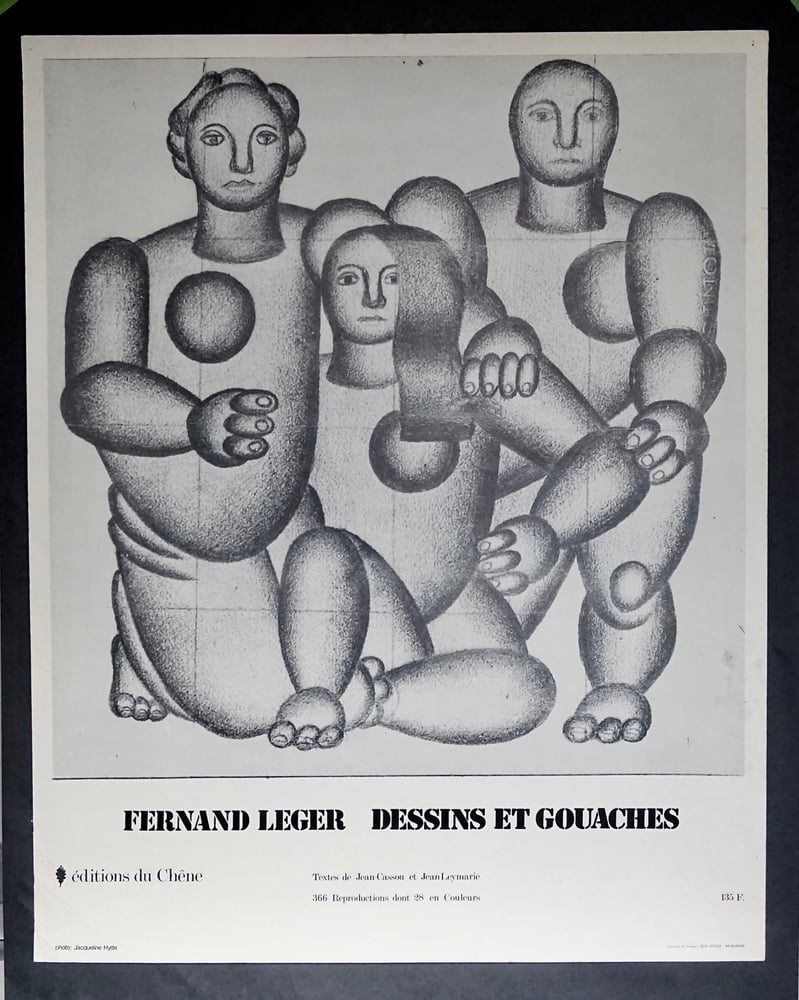 Fernand Léger was a French painter who made a unique contribution to Cubism. Along with Pablo Picasso and Georges Braque, Léger crafted idiosyncratic methods of depicting three-dimensional objects in pictorial space. “I organize the opposition between colors, lines, and curves,” he said of painting. “I set curves against straight lines, patches of color against plastic forms, pure colors against subtly nuanced shades of gray.” Born on February 4, 1881 in Argentan, France, Léger apprenticed with an architect before moving to Paris in 1900, where he worked as an architectural draftsman. While taking courses at the École des Beaux-Arts and the Académie Julian, he came under the influence of Paul Cézanne, Picasso, and Braque. Around 1905, the artist developed his hallmark style of tubular forms and mechanical imagery. He would go on to create the avant-garde film Ballet Mécanique (1924) and design murals for Le Corbusier’s Pavillon de l’Esprit Nouveau (1925). By the end of World War II, Léger’s paintings had become increasingly abstract, with color transparencies floating amidst boldly drawn figures and objects, as seen in his Two Women Holding Flowers (1954). The artist died on August 17, 1955 in Gif-sur-Yvette, France. Today, his works are held in the collections of The Museum of Modern Art in New York, the Art Institute of Chicago, the Tate Gallery in London, the Centre Georges Pompidou in Paris, and the Albertina in Vienna.

few very small tears, stains, damage or tape marks!
this is a poster that is in good condition, but bears the evidence of a (quiet) 'life'!