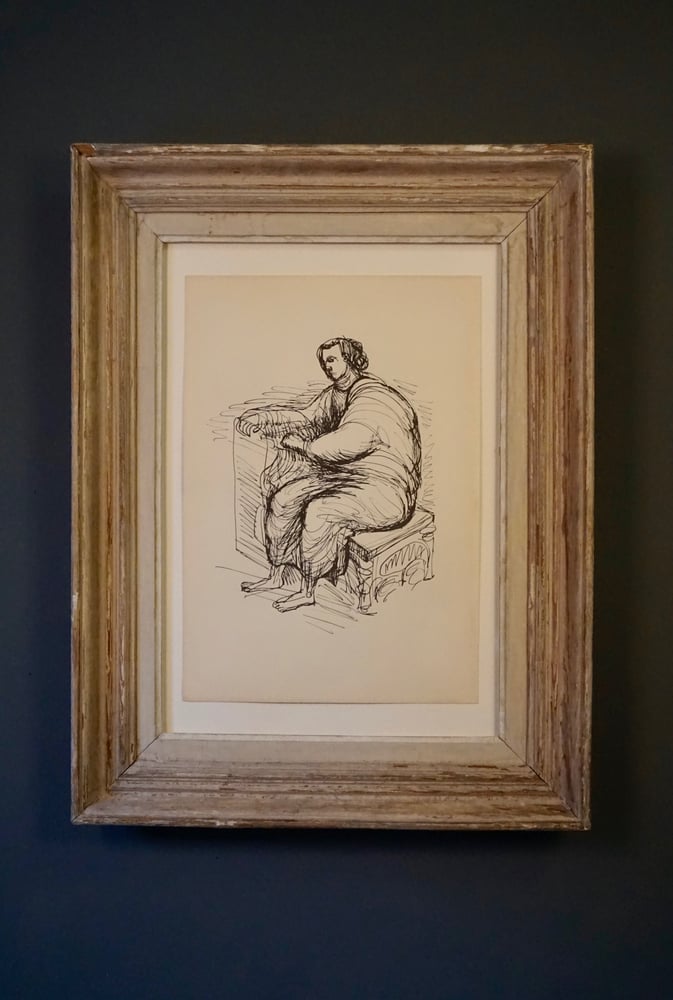 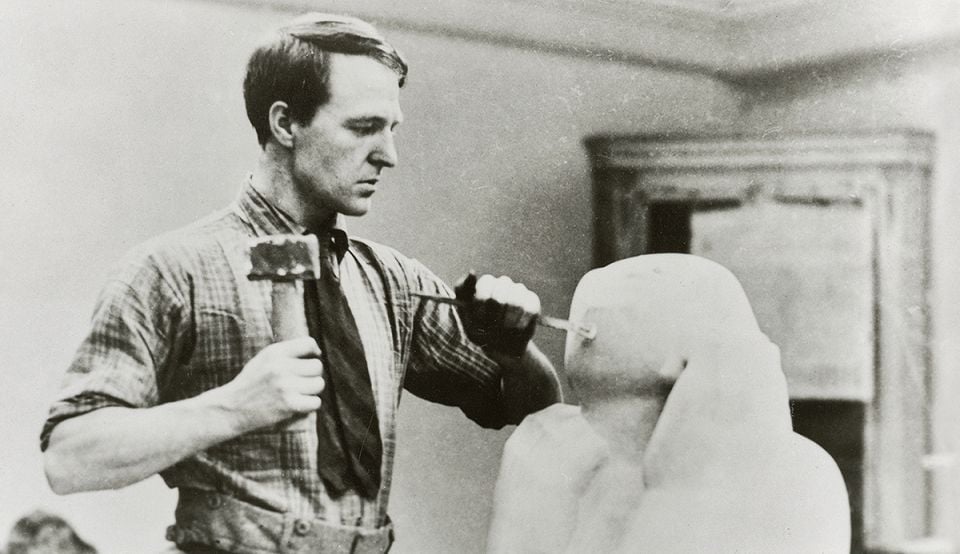 Born in Castleford on 30th July 1898, Henry Moore is generally acknowledged as one of the greatest artists of the 20th Century. The son of a Yorkshire Miner, he served in the First World War after which he gained a place at Leeds School of Art studying drawing and sculpture. His reputation became
assured in 1948 when he won the International Sculpture prize at the Venice Biennale and then on came public commissions from all over the world. From the late 1940s until his death, he was recognized as the most celebrated British artist of his time and one of the most contraversial. Henry Moore started printmaking in 1931 and was enthralled with the process. In 1958 he met the master lithographer Stanley Jones at the Curwen Press with whom he continued to make prints until the end of his life. In his printmaking, as with his sculpture, he was preoccupied with the reclining female form and the mother and child.