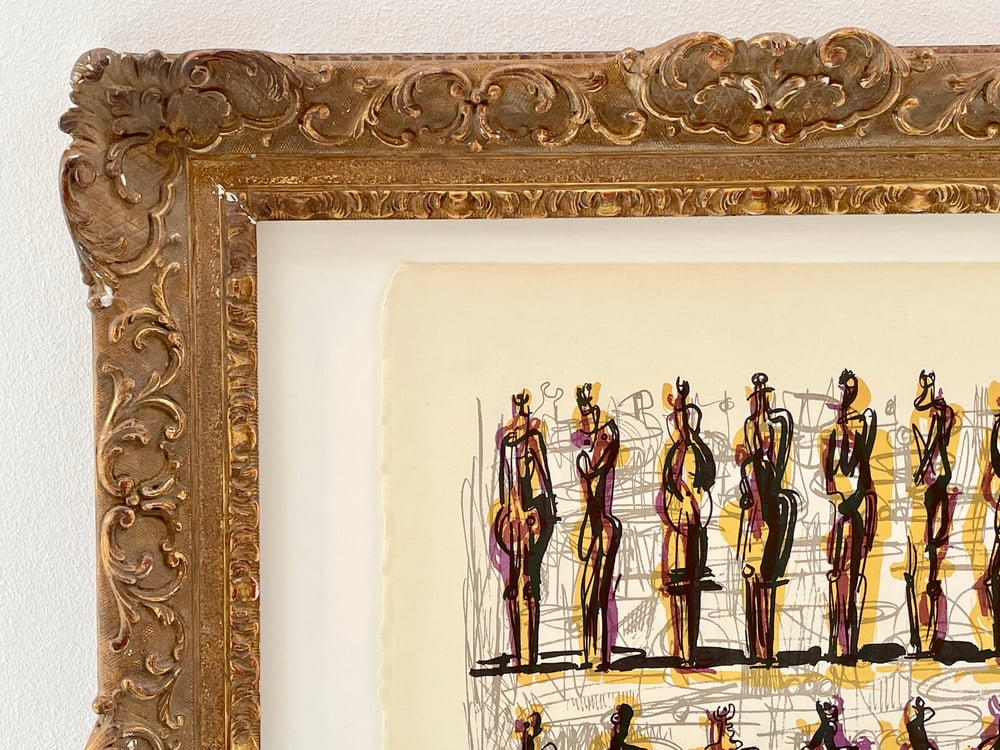 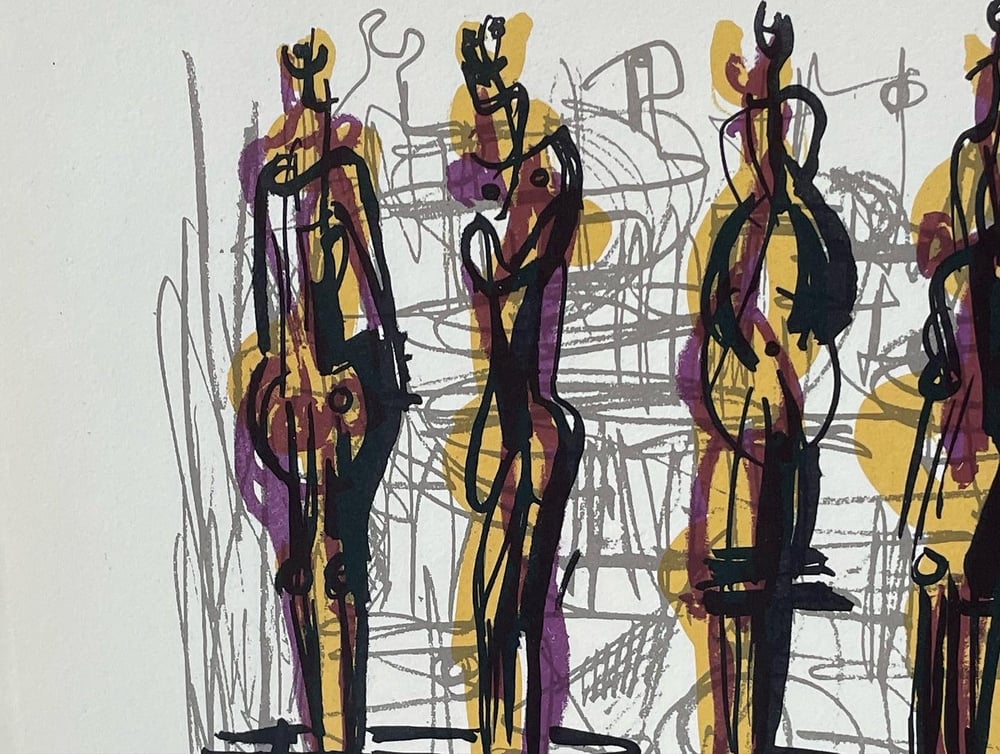 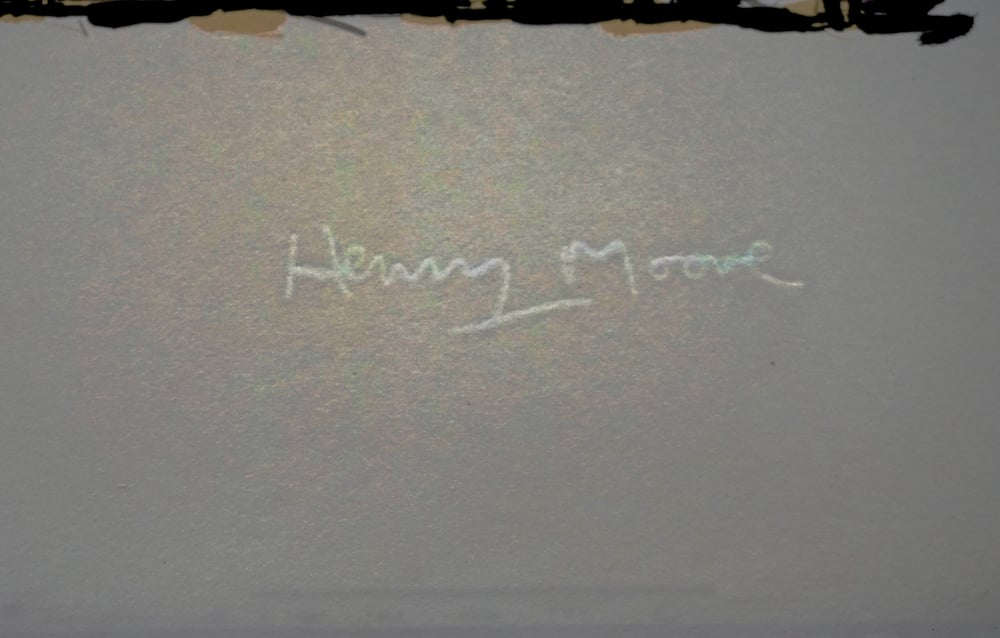 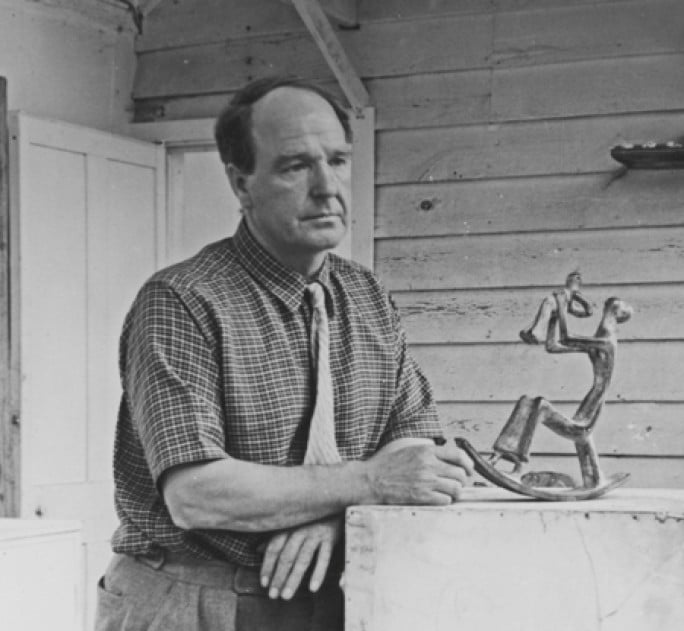 thirteen standing figures - I have another copy of this print, it will be sold in a vintage french frame from the forties / fifties - with conservation mount and museum glazing - not in the frame as shown here.

lithograph
1958
signature as a watermark
from the portfolio 'heads, figures and ideas'

* as with all the prints on the website: please call if you require any further information or clarification - details are in the 'how to buy' section found on the 'home' page - please call or email me.