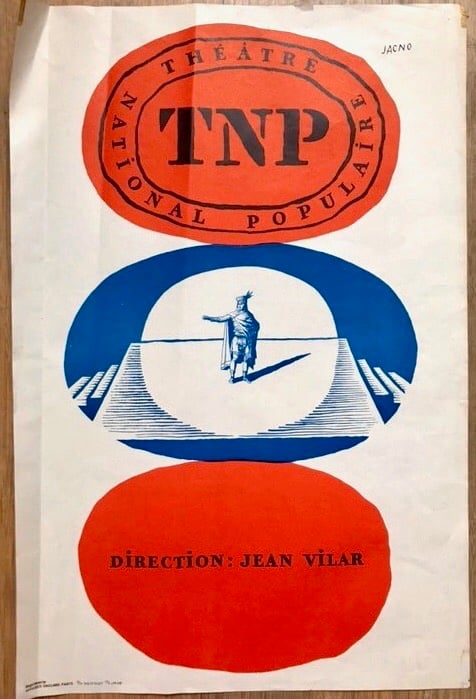 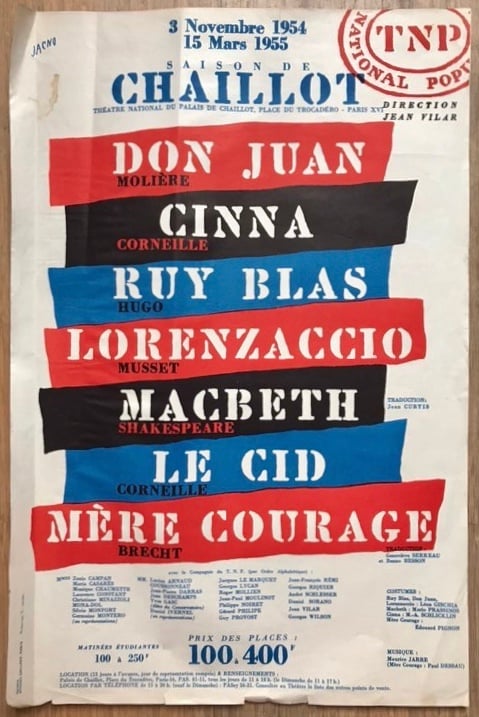 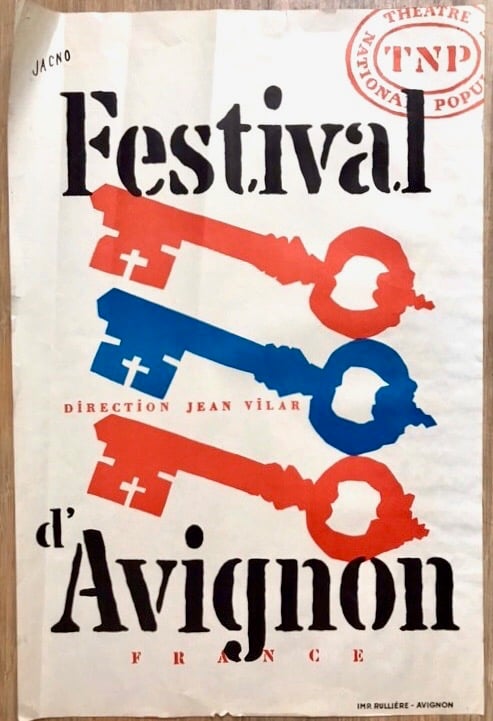 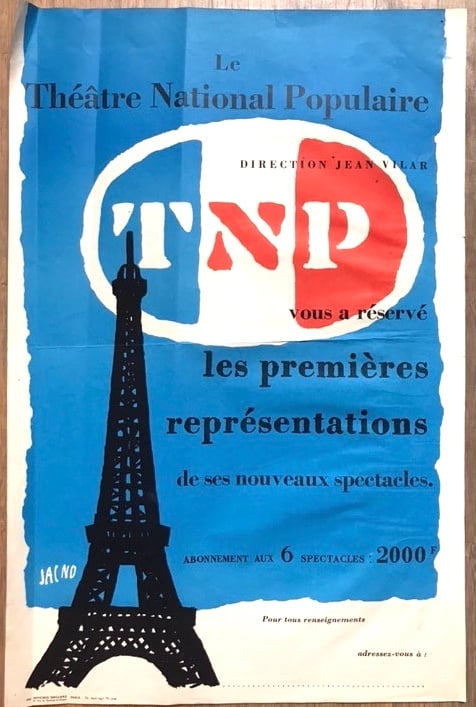 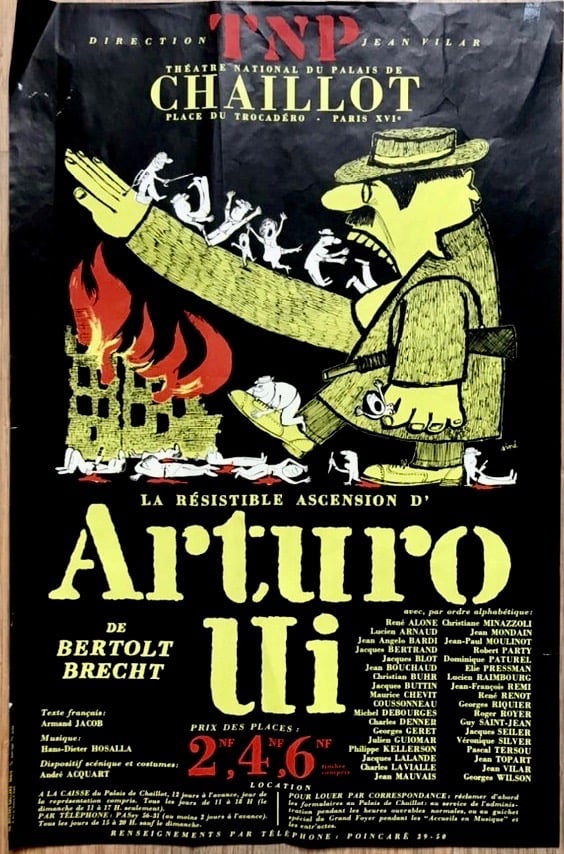 Jacno, whose real name is Marcel Jachnovitch (1904-89), was a French graphic designer and type designer. Self-taught, he entered the world of graphic arts in the 1920s, In 1936, he revisited the famous winged helmet on the Gauloises cigarette pack Jacno made several trips to the United States between 1936 and 1938, where he taught at the New York School of Fine and Applied Art. When he returned to France, during the Second World War he was a member of the Resistance, captured he was deported to Buchenwald. As soon as he returned to Paris after the war, Jacno resumed his professional activity, during the 1950s and 1960s. he extended his graphic practice to publishing and the press (France Soir) as well as theatre.
Théâtre National Populaire posters:
In the early 1950s with the Théâtre National
Populaire, then under the direction of Jean Vilar. He signed the entire identity of the NPT as well as numerous posters that would follow one another for nearly twenty years. This work also gave rise to the Chaillot character (distributed by Deberny & Peignot from 1953 onwards), imitating the stencil style and based on the lettering Jacno produced for the NPT posters and logo.For more than 60 years, the Théâtre National Populaire has still not changed its logo.