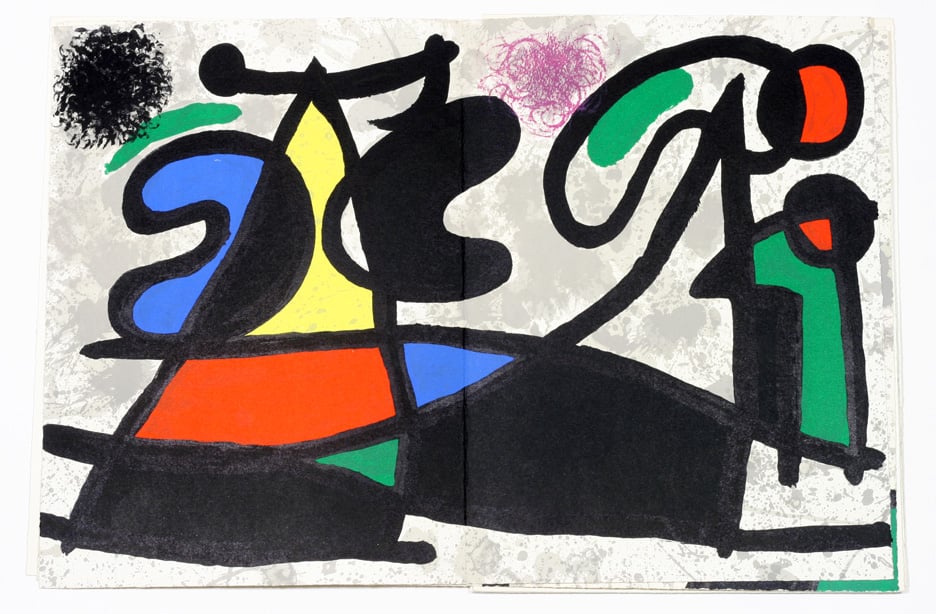 Joan Miró (Barcelona, 1893 – Palma de Majorca, 1983) was one of the most significant artists of the twentieth century. He practiced painting, sculpture, ceramics, engraving, drawing, tapestry, set design and poetry. Although his discovery of the landscape around Mont-roig del Camp, Tarragona, during his recovery from an illness when he was very young initially led him to take up painting, he soon became interested in compositional problems. His first exhibition was held at Sala Dalmau in Barcelona in 1918, and in 1920 he travelled to Paris, where he came into contact with the painter André Masson and his circle. His earliest work shows fauvist, expressionist and cubist influences, but during the thirties he refined and stylised his language, creating a flat painting style with bright colours and a highly personal universe of cosmic symbols and simple shapes. Miró returned to Catalonia in 1940 and lived between Mont-roig del Camp and Palma de Majorca.

lithograph on cartridge with crease as issued

an original lithograph from DLM 186, from editions meaght.
in excellent condition with a john hinds frame - conservation mount and museum glass