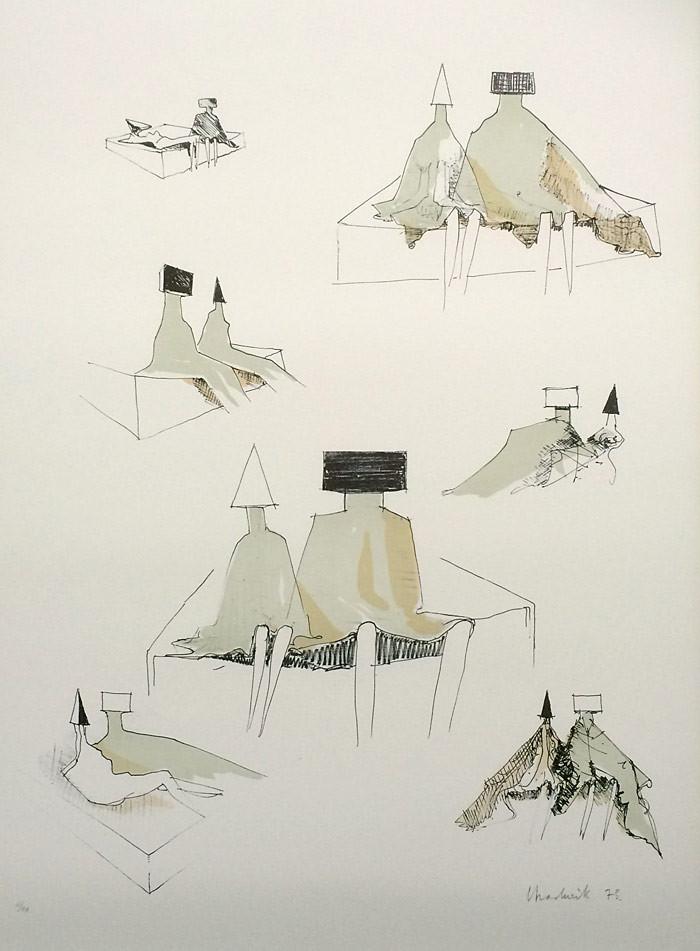 Lynn Chadwick was an English artist known for his innovative bronze and steel sculptures of abstracted and expressive figures and animals. Chadwick’s method is considered unique in his choice not to sketch his sculpture beforehand, preferring instead to improvise and weld metal without a specific plan in place. He was born on November 24, 1914 in Barnes and studied as an apprentice architect under Roger Thomas, who would encourage him towards sculpture. Chadwick’s earliest sculptures were fragile mobiles constructed with balsa wood, copper, and brass, not unlike those of Alexander Calder. In 1950, he had his first major exhibition of his mobiles at Gimpel Fils gallery, which led to significant critical attention. The artist was then chosen to represent Britain at the 1956 Venice Biennale and was awarded its International Sculpture Prize, becoming its then-youngest recipient. He debuted his first steel sculpture, Two Winged Figures, for an outdoor show in 1962, and his works from this period are noted from their combination of abstract detail and natural forms. He was named a Commander of the Order of the British Empire in 1964 and a Commandeur des Arts et des Lettres in 1993. He died on April 25, 2003 in Gloucestershire, England.