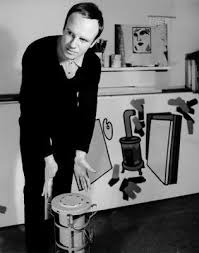 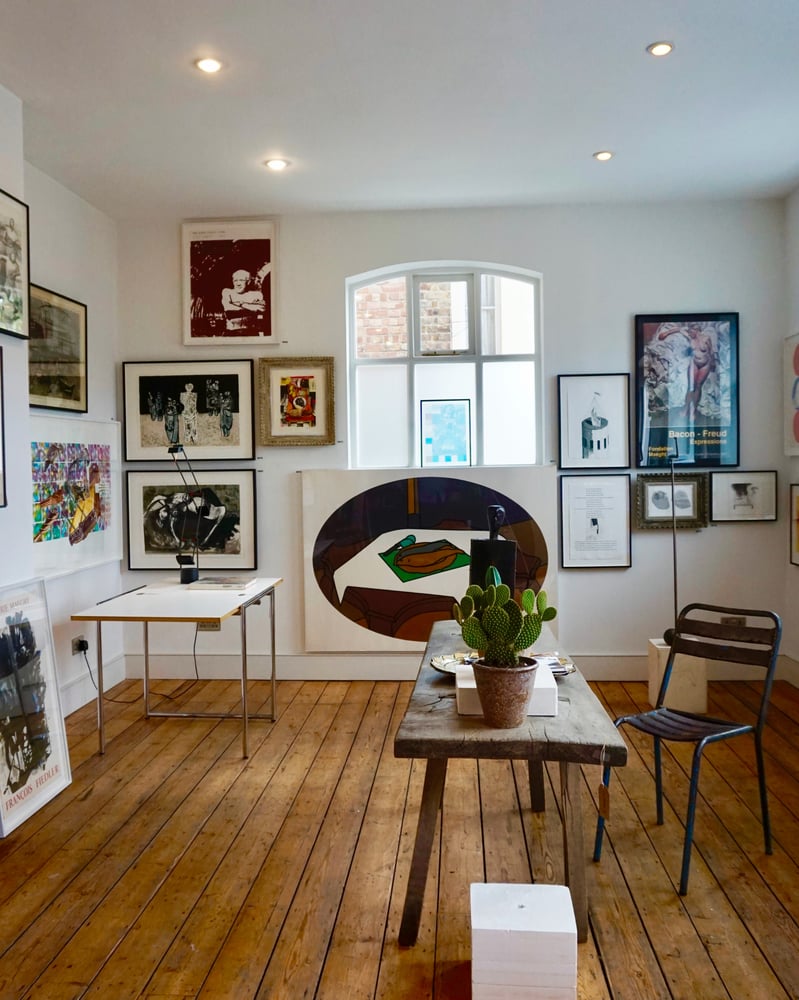 Two Whiting is a large screenprint made at Advanced Graphics, London. It forms part of the portfolio entitled 14 BIG Prints, published by the Bernard Jacobson Gallery in an edition of one hundred plus fifteen proofs. It is signed by the artist with the edition number inscribed in the front lower right corner of the sheet. At over a metre across, Two Whiting was Caulfield’s largest print. At the time of the publication of 14 BIG Prints, a number of contemporary artists had been experimenting with the medium of screenprinting; this portfolio, as its title suggests, was one of the first to exploit the medium’s ability to create prints on a larger scale. Some of the other artists included in the portfolio were Peter Blake (born 1932), Bernard Cohen (born 1933), Robyn Denny (born 1930), John Hoyland (born 1934) and Eduardo Paolozzi (1924–2005).
Two Whiting depicts the two fish of its title lying on an oval plate on top of a rectangular tablemat, which in turn rests on a small table partially covered by a white tablecloth. A knife and what appear to be two lemons, rendered in a non-naturalistic blue colour, rest next to the plate. The simple, almost child-like, forms of the fish and the stark cloth with its crisp corners contrast with the curved, decorative edges of the table top. The different elements of the composition are rendered in areas of flat colour with bold black outlines, characteristic of the artist’s production at the time this print was made.

The relatively unusual oval format of Two Whiting recalls the still life paintings of Cubism, while the subject matter is particularly reminiscent of the work of Georges Braque (1882–1963), for example Black Fish (1942) in the collection of the Centre Georges Pompidou, Paris. Braque’s painting shows two stylised black fish, lying on an oval plate on a table within an interior setting; to one side, two fruits rest on a crumpled cloth. Many years later, in one of his last prints Two Fish on a Plate 1999 (P79204), Caulfield would return to this most enduring of subject matters.