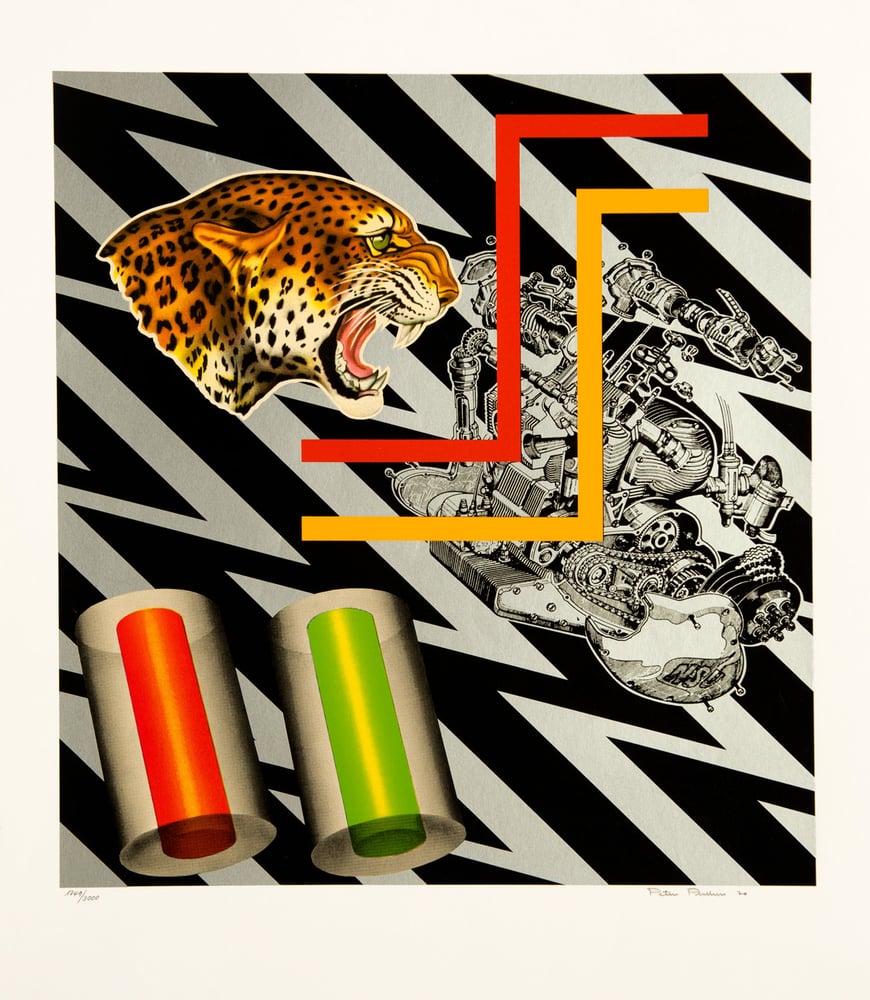 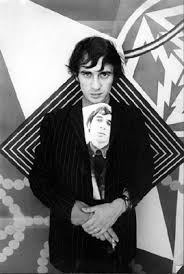 Peter Phillips was born in 1939 in Birmingham and attended the Royal College of Art from 1959-62 followed by a teaching role at Coventry College of Art and Birmingham College of Art.
From 1964-66 he Lived in New York and travelled around North America by car with Allen Jones in 1965. In 1972 he had a retrospective exhibition at the Westfalischer Kunstverein, Munster, his first one-man show of paintings in England held at the Waddington Galleries, London, in 1965 and in 1982-83 a retrospective exhibition at the Walker Art Gallery, Liverpool travelling to the Museum of Modern Art, Oxfard; the Laing Art Gallery, Newcastle-upon-Tyne; the Fruit Market Gallery, Edinburgh; Southampton Art Gallery; and Barbican Art Gallery, London. In 2005 he took part in the "British Pop" group exhibition at the Museo de Bellas Artes Bilbao, Spain which travelled to Mexico, Costa Rica and Belize.

screenprint
1970
signed and numbered in pencil

framed in a perspex box with full borders