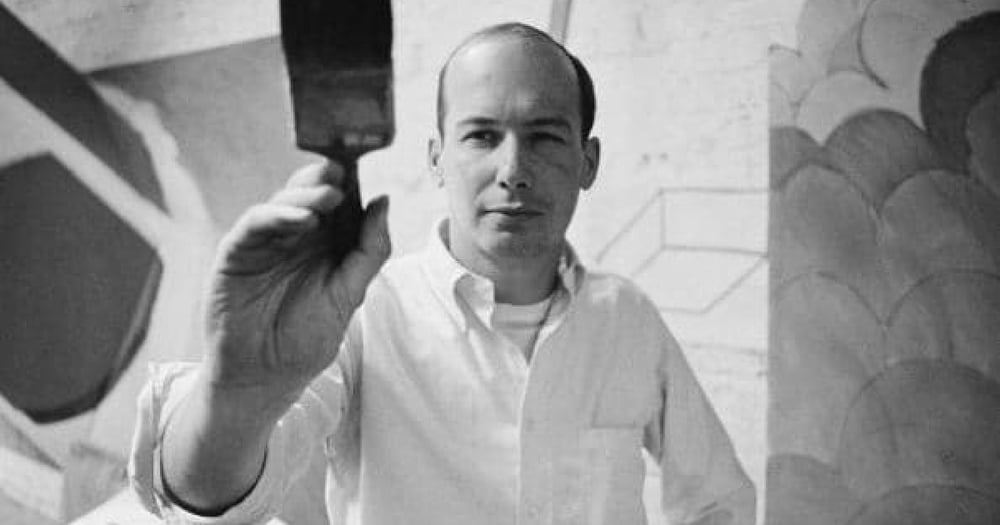 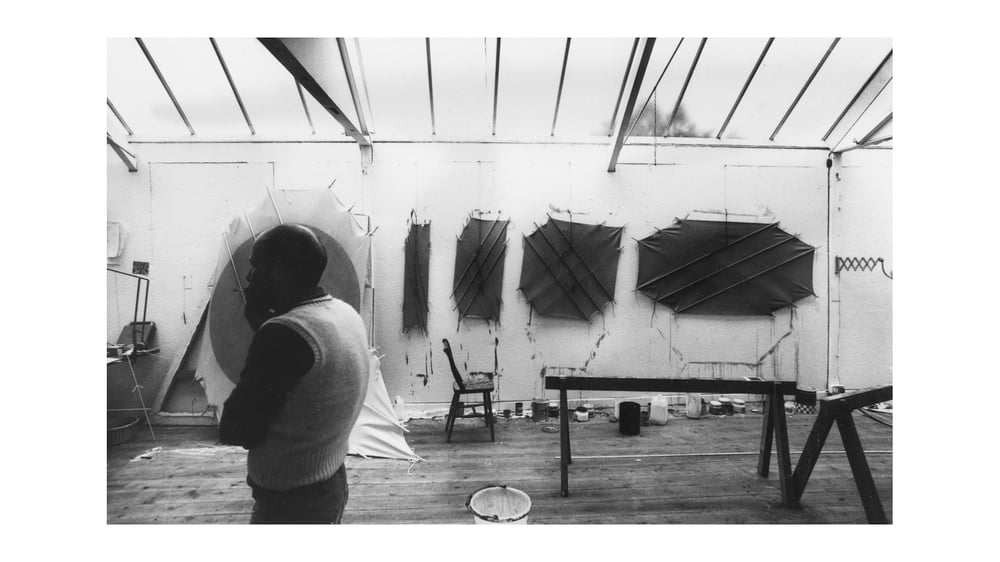 Richard Smith was a British painter known for his semi-sculptural abstract works that often resembled kites. Protruding from the gallery walls, Smith’s paintings extended the boundary of the medium while maintaining a dialogue with both Color Field painting and Pop Art. “What intrigued me wasn’t the nitty-gritty, down dirty popular culture,” he once explained. “It was the high end. These beautiful ads for Smirnoff vodka and glamorous films and store windows and CinemaScope.” Born on October 27, 1931 in Letchworth, United Kingdom, he attended Luton School of Art before serving in the Royal Air Force in Hong Kong. Smith went on to receive his MFA from the Royal College of Art in London, where he was awarded a Harkness Fellowship. The artist settled in New York in 1976, where he spent the next few decades painting and teaching. As his career progressed, Smith began working directly on loose canvas, rotating and stapling it onto the stretchers as part of the process. The artist died on April 15, 2016 in Patchogue, NY. Today, his works are held in the collections of The Museum of Modern Art in New York, the Walker Art Center in Minneapolis, the Tate Modern in London, and the Museum of Contemporary Art in Chicago, among others.

• signed and dated by the artist,

* as with all the prints on the website: please call if you require any further information or clarification - details are also in the 'how to buy' section found on the 'home' page - please call or email me.