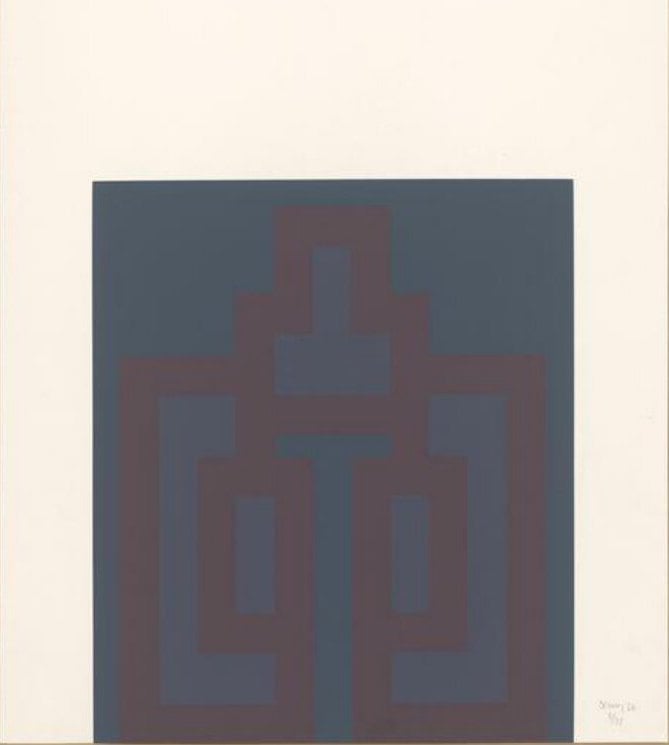 Edward Maurice FitzGerald "Robyn" Denny (3 October 1930 – 20 May 2014) was one of a group of young artists who transformed British art in the late 1950s, leading it into the international mainstream. Reacting against the mainstream St Ives School of landscape-based painting and inspired by Abstract Expressionism, American films, popular culture and urban modernity, they saw abstract painting as their only conceivable route.