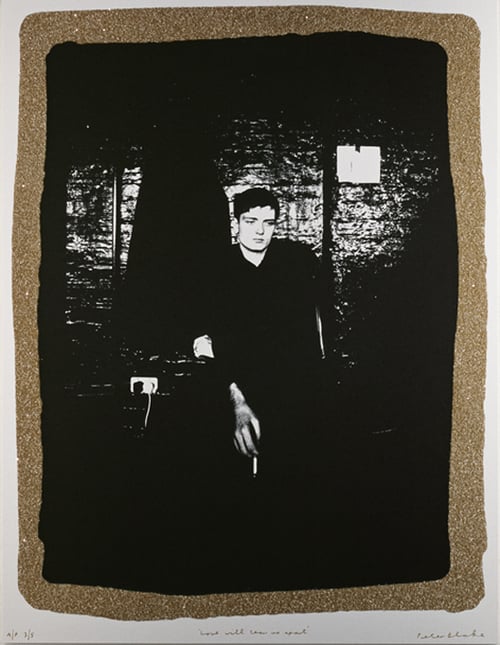 Sir Peter Blake is one of the leading figures in the art world, often referred to as the Godfather of British Pop Art. Best known for the iconic album cover he produced for the Beatles ‘Sergeant Peppers Lonely Hearts Club Band’, Blake’s work is inspired by his love affair with icons and the ephemera of popular culture.
Peter Blake was born in 1932 in Dartford, Kent. He studied at Gravesend School of Art before earning a place at the prestigious Royal College of Art London in 1956. His love of art flourished as he built up a respectable portfolio of work through extensive travels across europe and beyond.
Inspiration was drawn from his surroundings influencing much of his work and he began to produce collages incorporating iconic figures. Alongside these Blake also worked with found objects such as photographs, cigarette packets and
matchboxes. The concept of found art was an aspect that excited Blake and the notion of finding beauty within banal everyday objects greatly appealed.
In 1983 Peter Blake became a CBE and in 2002 received a knighthood for his services to art. His long and respected career is admirable and his contribution to the art world is truly inspiring. Even today, Blake’s work retains their popularity and a contemporary aesthetic is maintained with every new piece created.

love will tear us apart - from the folio 'love'

silkscreen on colorplan with diamond dust
2004
titled, signed and dated by the artist in pencil
artists proof
XII / XV